Bass Beware: Michelle Jalaba Has You
hwmn
In Her Sights 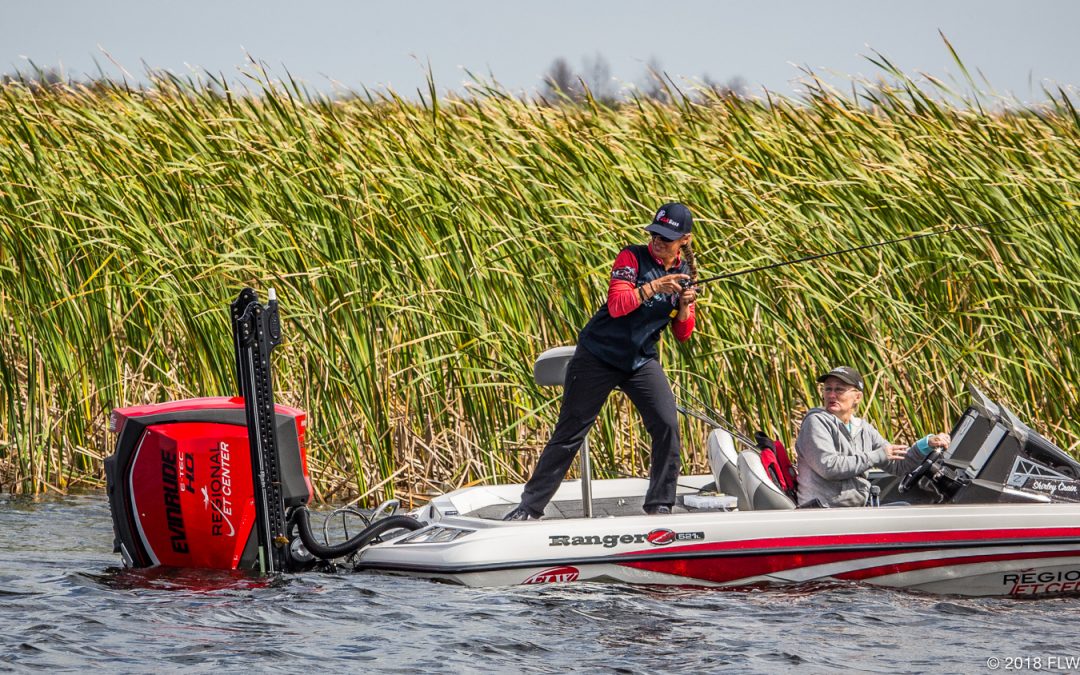 Michelle Jalaba is a competitor.

Growing up in suburban Detroit, the middle child among four other siblings — all of whom went on to become collegiate athletes — she

pwbe
had little choice. Or it’s genetic. Or both.

Jalaba started training as a gymnast when she was six years old. By the time she was 13, she had Olympic aspirations and was training several hours

xiku
every day. As a freshman in high school, she won the state title in the beam. When college rolled around, she competed in the Big 10 as a member of Michigan State’s gymnastics team.

Unfortunately, years of training took a toll on

ylq
Jalaba’s body. She was sidelined by injuries in college and eventually underwent 13 surgeries to repair everything from her knee and shoulder to her ankle. 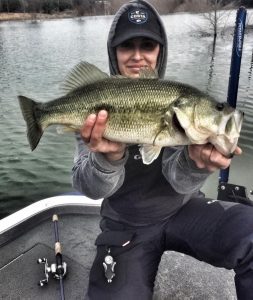 Jalaba focused her energy elsewhere. She worked in real estate and insurance, sports training, and promotions, and eventually decided to attend

wco
medical school. She applied and was accepted, but a series of life circumstances once again conspired to derail her.

Amidst the confusion of finding herself in life

woe
circumstances considerably different from what she had anticipated, Jalaba looked for something to grasp onto. And that turned out to be a fishing rod.

She had fished as a young girl, and Jalaba now

vom
reached back to those familiar experiences to ground her.

That was six years ago. Then she started fishing in all of her free

quh
fish on nearby Kent Lake and often make the trip to Lake St. Clair, which she thinks of as her home fishing turf.

ebja
became fixated on figuring them out,” she said.

Not surprisingly, she caught

aiex
on pretty quickly. Local reelers took notice. And soon, Jalaba was invited to participate in her first tournament. Now in her fourth tournament season, she is aco-angler on the FLW Tour  and works with the U.S
qhrd
. Angling Confederation. 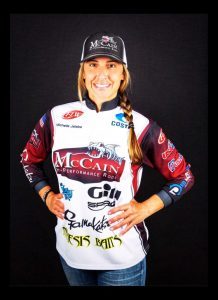 A self-starter, Jalaba has gotten to where she is all on her own — with some help from sponsors like McCain High Performance Fishing Rods, The O’Wacky Tool, Advasure Insurance, ProAngler Hub and Nemesis Baits (the Bullet Craw

hkit
in black and blue is her go-to).

As much as the competition fuels her, it’s ultimately the bass

xirv
themselves that drive her to get out on the water.

“I like flipping and frogging and working with different structure,”

tqz
Jalaba says. “But solving the puzzle is what I love most.” 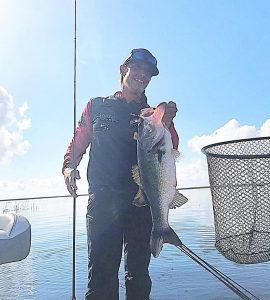 “It’s just fascinating,” she says. “You look at all the conditions: Weather, structure, temperature, depth, wind, the spawn. And then you

qcjk
take all the components until you figure out the pattern.”

And for Jalaba, there’s a therapeutic component to fishing that she believes

“I love to see anybody get involved in fishing,” she says. “There’s so

mntw
much peace and calm to be found on the water.”

“I am enticed and focused. There’s nothing I’d rather be doing. I love it,” she says. “And that’s