Hodgins spent the tournament targeting bass on the Canadian side of the border. He says his two key areas were weed beds in 18 to 20 feet of water.

“I went to my best area first, but went two hours without a bite,” says Hodgins, who was fishing in his first career BFL tournament. “I moved to my second spot and was able to put together my first limit. I had about 19 pounds there, but I still wanted to get back to the first area. I knew that’s where the bigger fish would be.”

Hodgins says once weather conditions improved, he returned to his first area and culled most of his limit.

“The sun came out and there was just a little ripple on top of the water, which was perfect,” said Hodgins. “I took advantage of my (Minn Kota) Ultrex’s spot-lock feature and picked the weed bed apart.”

“I used a really long fluorocarbon leader which I think works well for clear water,” said Hodgins. “I think that’s what made the difference for me. It was a good day out there, that’s for sure.”

Complete results can be found at FLWFishing.com.

Tim Gillies of Union City, Michigan, caught a 5-pound, 6-ounce bass – the heaviest of the event in the Boater Division – and earned the day’s Boater Big Bass award of $510. 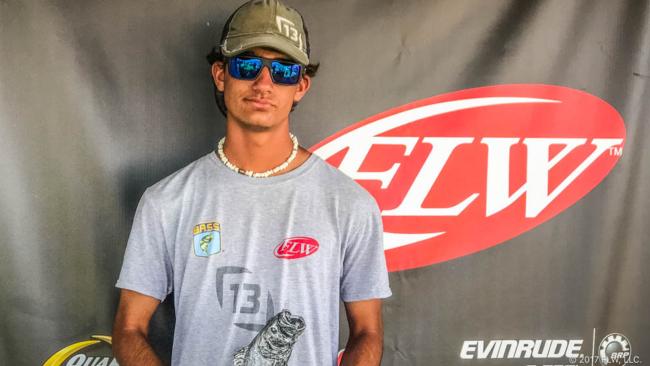 Hugh Cosculluela of The Woodlands, Texas, won the Co-angler Division and $1,921 Saturday after catching five bass weighing 22 pounds even.

Deyonker caught the largest bass in the Co-angler Division – a fish weighing 6 pounds, 3 ounces – and earned the day’s Co-angler Big Bass award of $255.

The top 45 boaters and co-anglers in the region based on point standings, along with the five winners in each qualifying event, will be entered in the Oct. 12-14 BFL Regional Championship on the Barren River in Scottsville, Kentucky. Boaters will compete for a top award of a Ranger Z518C with a 200-horsepower Evinrude outboard and $20,000, while co-anglers will fish for a new Ranger Z518C with a 200-horsepower Evinrude outboard.